Castor Canadensis: Gnawing You Away Inside 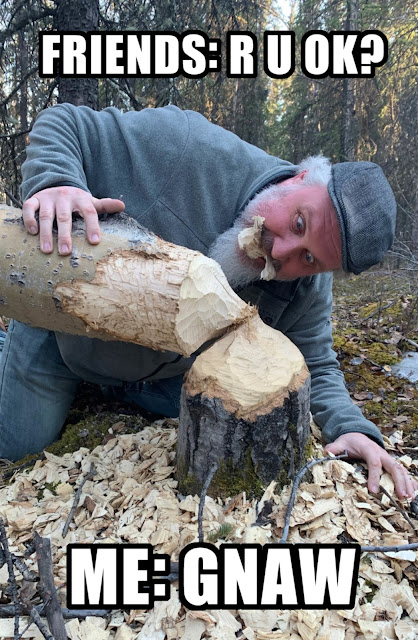 Time to assuage that gnawing feeling deep inside you for more Castor Canadensis. Join me after the jump for another installment of toothsome material. 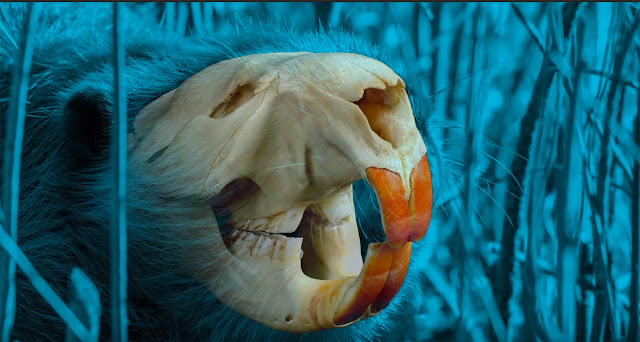 The PBS “It’s Okay To Be Smart” series came to Alaska and made an exceptional educational segment “Beavers: The Smartest Thing in Fur Pants...” focusing on the ecological importance of this keystone species. 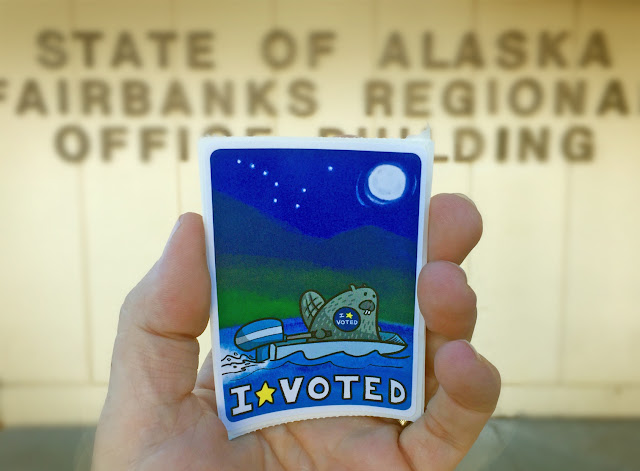 Juneau artist Pat Race of Alaska Robotics drew a series of whimsical illustrations to note the vote last year up here in Alaska. I naturally gravitated to this particular one. 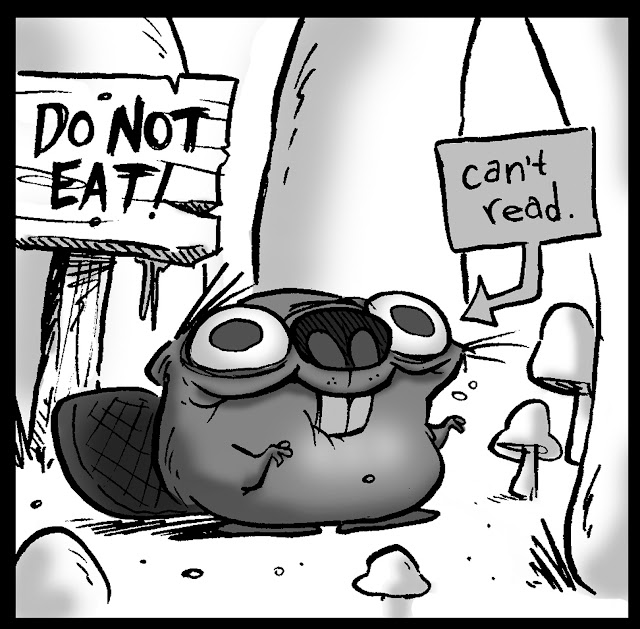 Gotta spotlight the work of cartoonist Jonathan Burrello who creates a great feature over at Big Insane Happy: this is a teaser image excerpted from one of his hilarious strips. 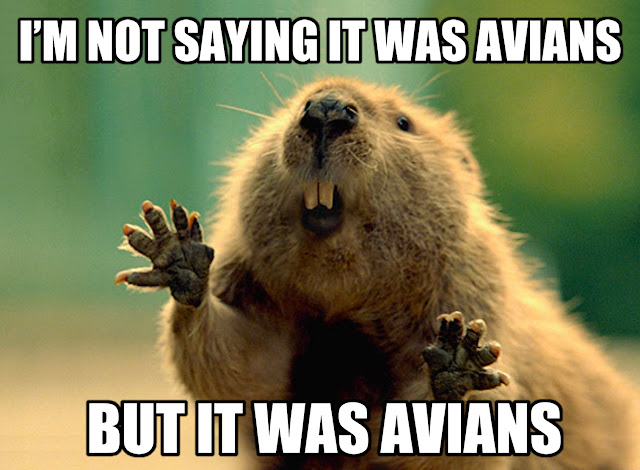 My take on the classic “Ancient Aliens” meme, which, until this posting, All this time and I never knew it was a real person: Giorgio Tsoukalos. 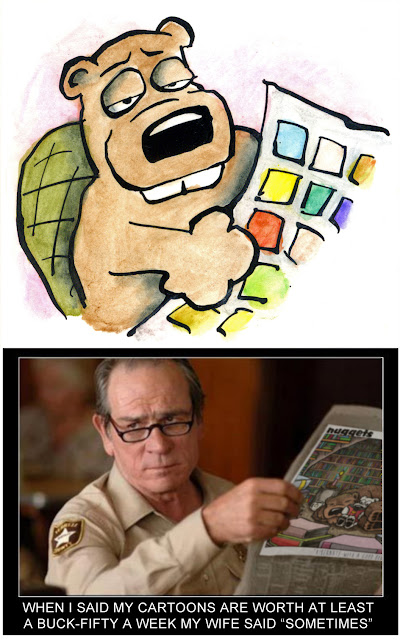 Likewise with another take on the Tommy Lee Jones meme: that expression says it all. 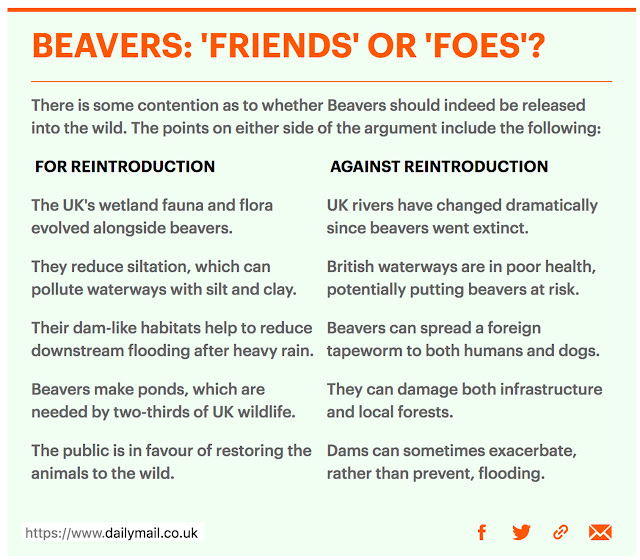 Larking beavers! Here's a couple pieces on alternatives to trapping and other lethal control measures such as fencing, limiters, relocation and contraception/sterilization options. 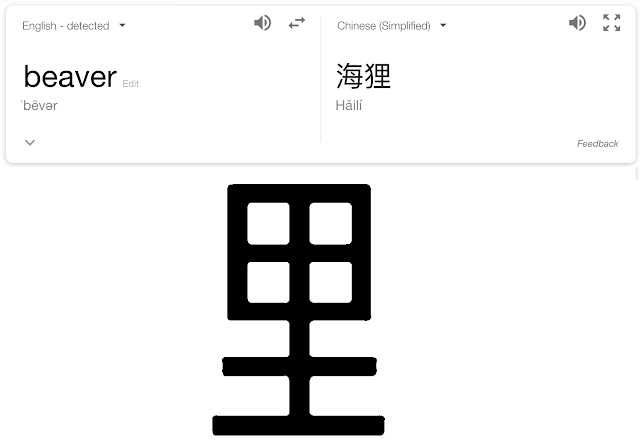 My theory on this symbol is the Chinese usage of characters as logograms start to blur the line between letters and pictograms, particularly with the graphic symbolism suggested by these shapes. 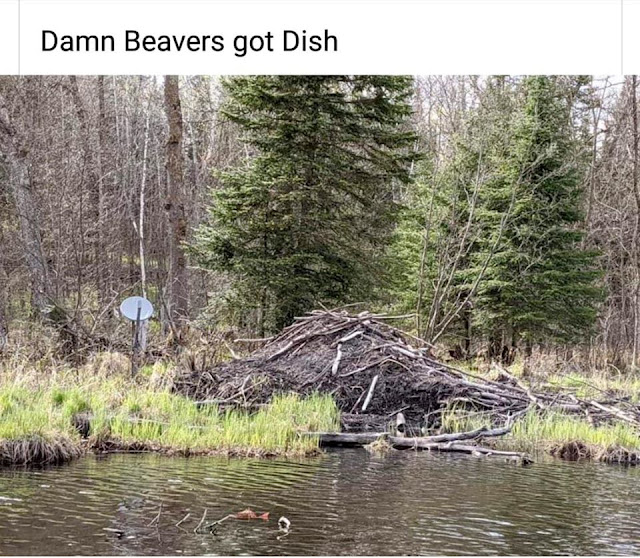 In all seriousness, it's important to keep abreast of articles that promote beaver population recovery efforts which in turn will enhance the benefits of a healthy watershed by these “ecosystem engineers” 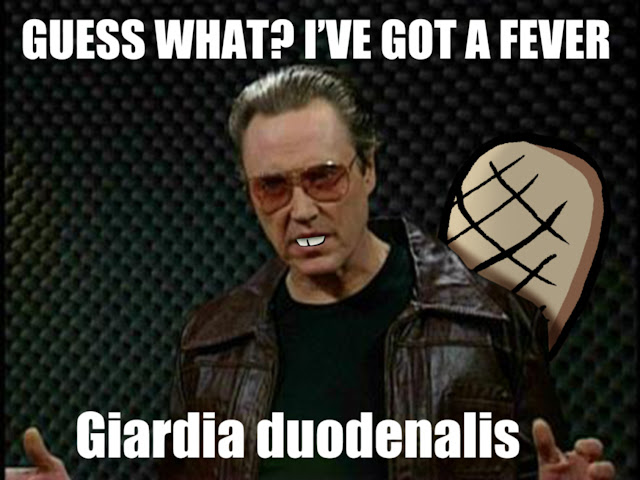 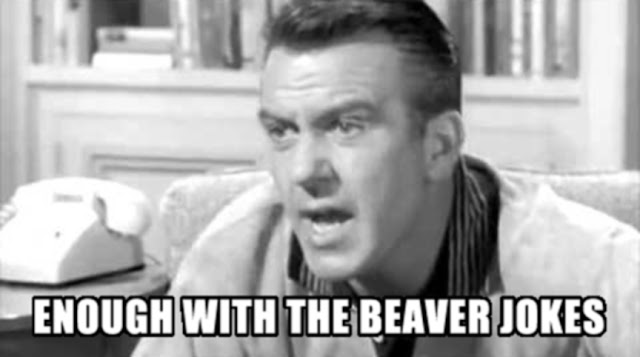 At this point my database of beaver memes has been dammed up and threatens to overflow everything. These posts are a crucial part of maintaining that equilibrium of sanity. So until next time and another exclusive posting here at Ink & Snow! 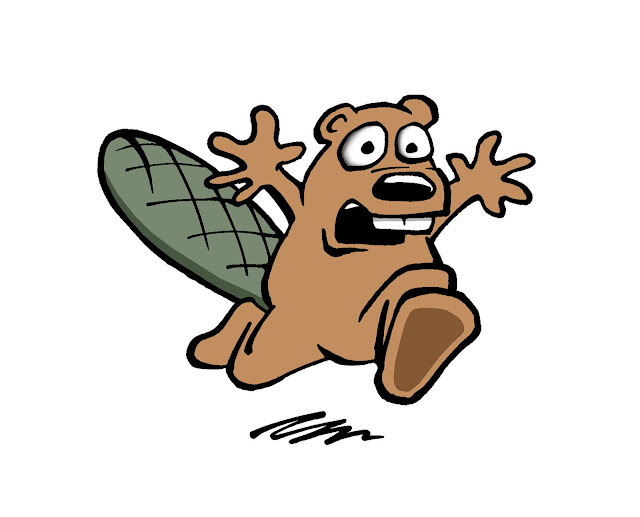