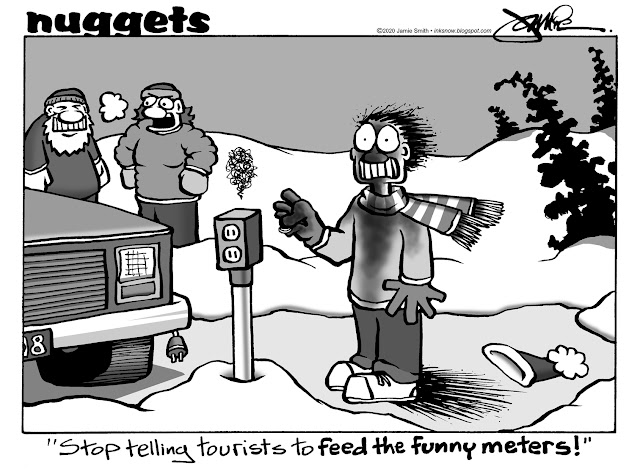 There are any number of quirky details that symbolize life in the far north, not the least of which are the ubiquitous plus-ins hanging off the front of most vehicles. 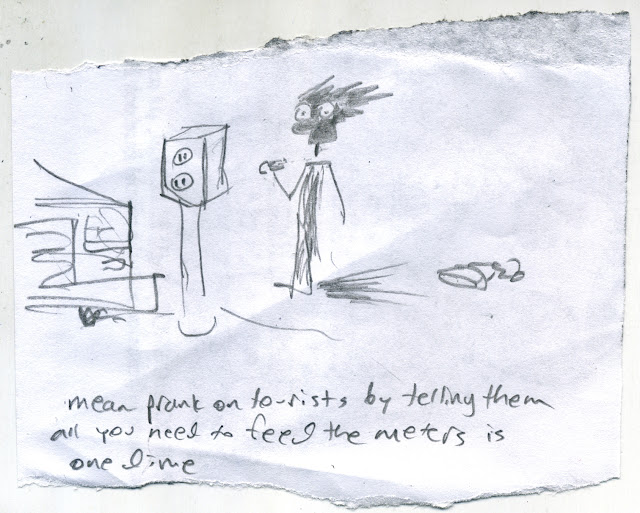 Second to that and hand-in-glove with any observant visitor to our neck of the woods would be the odd little installations that adorn most parking lots. 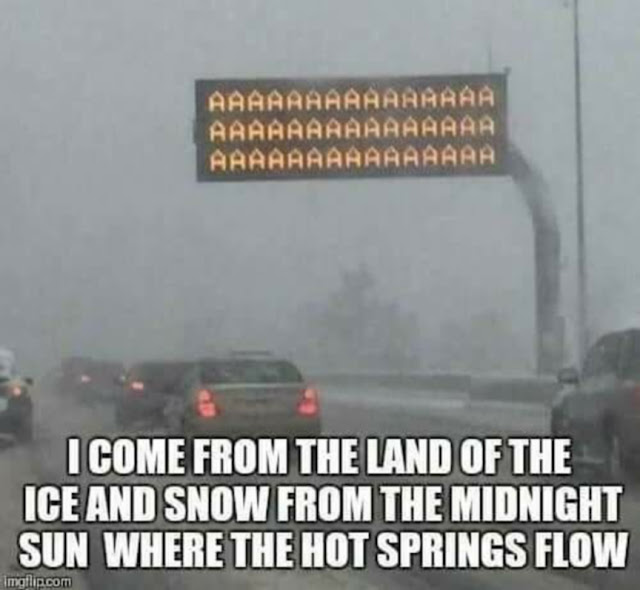 Granted you couldn't ever conceivable insert any coinage into one these outlets, but since when did we ever let reality interfere with a good laugh, especially at someone else's expense? 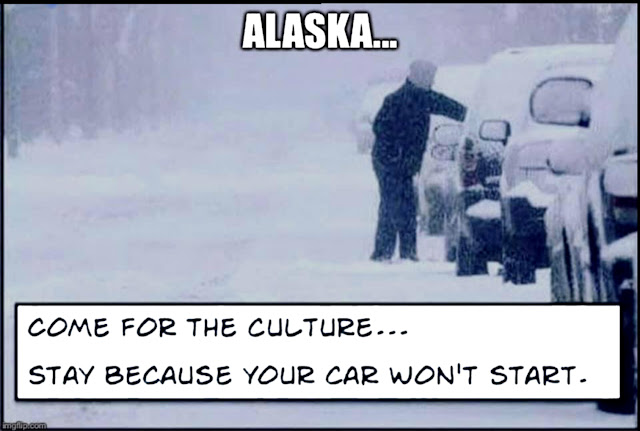 Also a brief comment on the overflow of cold weather gags + blogposts still showing up here so relatively late in the season. Might seem odd to folks from the Lower 48 but up in this neck of the woods we're just a wee bit behind the rest of the world - the image posted down below was taken during my (hopefully) last shoveling session at the end of my mental health driveway on April 11th. Note the addition of a couple extra feet in the berm there blocking off my initial pathway. I had a little political epiphany above & beyond the Sisyphean aspects of snow removal in Alaska, after laboring for many, many hours, I had thought that all of my hard work and energy was finally going to make a difference… that change was finally possible.

I really had hope that maybe… just maybe, THIS WOULD BE IT.

Then along comes a bigass grader down the main road, promptly burying the end of my driveway under more hardpack.

But rather than getting pissed off at the guy driving the plow, I realized instead that, hey - now everybody else in the neighborhood can use the main road. You know - it's about us not me. Sigh. So much for a serendipitous metaphor… still lots more work ahead. Grab a shovel/grab a mask, and get back at it. 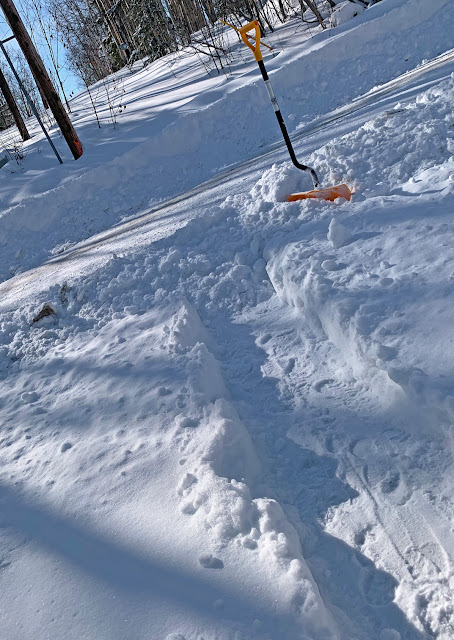