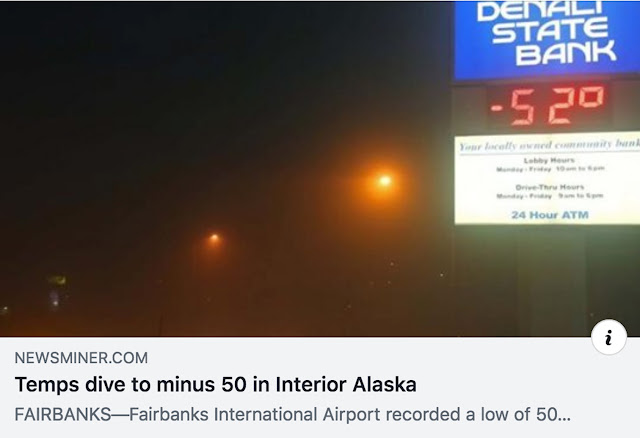 This winter was a slow grind, and if you've ever heard the sound of frozen metal squealing against itself at forty-five below zero, then you know the longer it takes the more it makes go insane. Which in itself is a strange sort of paradoxical liberation of imagination.

As in, you really start to wonder about all sorts of crazy things. Like what the temperature is on other planets. Or the wind chill of a passing thought. 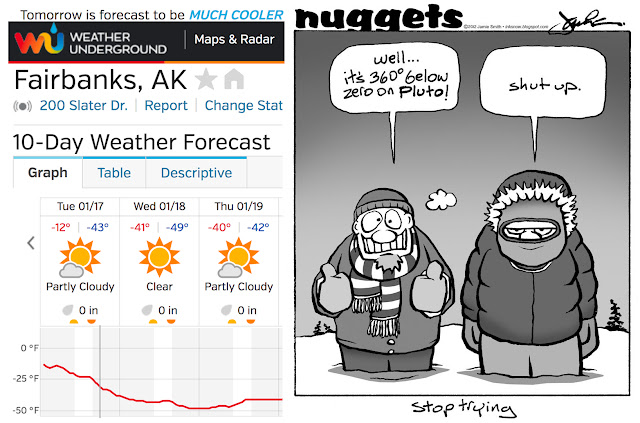 It's all relative - exactly how fast is it going? I remember when I used to mountain bike in the winter on the mushing trails out in Goldstream Valley, long before there was such a thing as fatbiking. 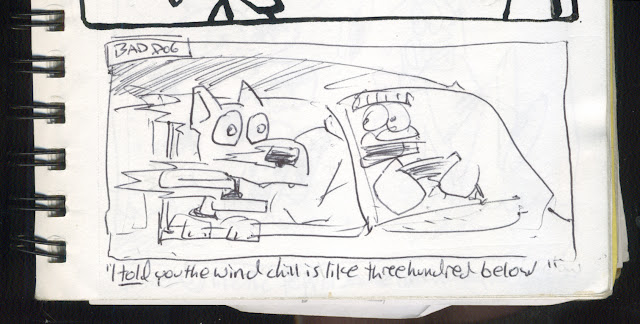 It was something truly insane outside, like fifty-something below, and when I coasted down a really steep hill the bearing grease in my hubs gelled up, and by the time I reached the bottom the wheels just ground to a halt.

Bonus Trivia: I actually ran this piece by my editor on account of the phonetic subterfuge, which if I never pointed it out, wouldn't ever rise above anybody's attention. But hey, it's the little things. 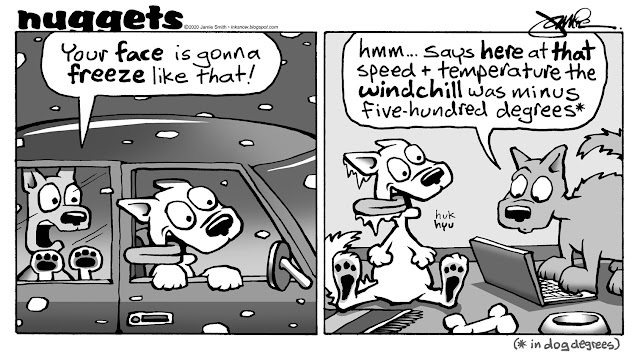