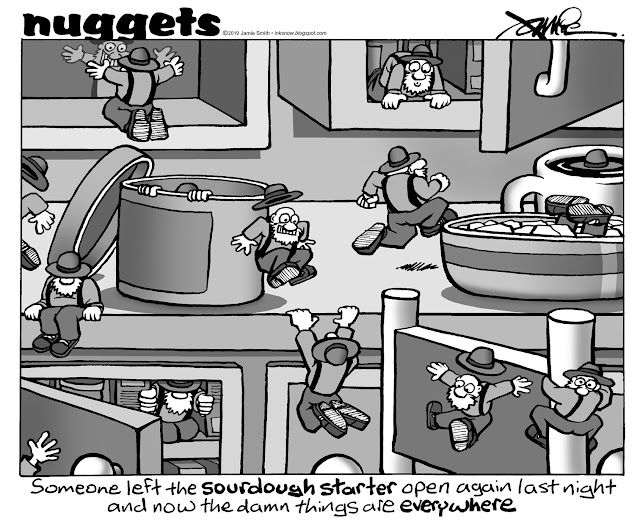 Add this particular panel to the list of ones that half-way into the process I wondered why the hell do I do this to myself, as in, details, details. Actually took a "break" from shading in the print version (as seen above with the "Nuggets" masthead) and watercolored in the wash version (posted below). This helps me literally visualize the value, and works both ways, since more often than not I treat the digitally shaded one as a "value study" (also frees up my inhibitions in case I mess up the original - the clean scan is already saved just in case). 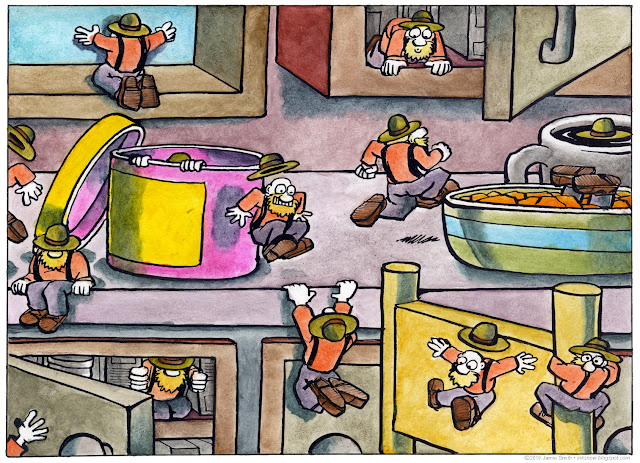 There's some subtle differences between the two variations - enough that I internally debated whether or not to just bail on the digital shading and go with the watercolored one instead for the print version too. Close examination comparing + contrasting the two reveals some tweaking of lines, especially along the top row of cabinets: all the verticals were shifted along with the upper-right door adjusted. "Mistakes were made." 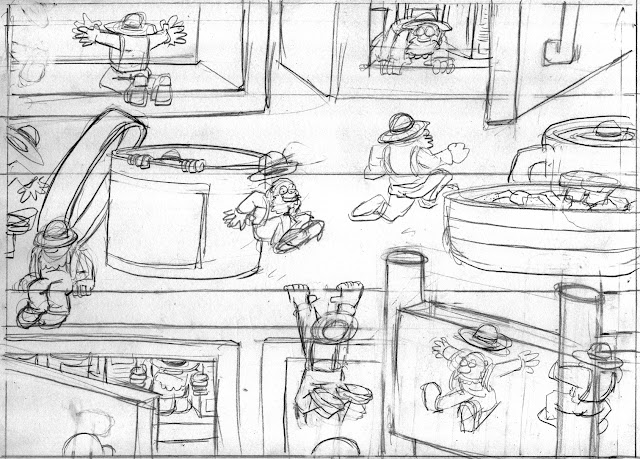 This one more than most really showcases the process by which I build up some of the comparatively more "complicated" compositions in a cartoon. By this I mean literally setting the stage first, before arranging the props and actors about the room. Drawing right through many of the objects - treating them as temporarily transparent until everything is seated and put properly in its place. This is at the polar opposite of what typically and functionally defines a "cartoon" - in theory it should be simple + fast. Oh well, that sure fell by the wayside. 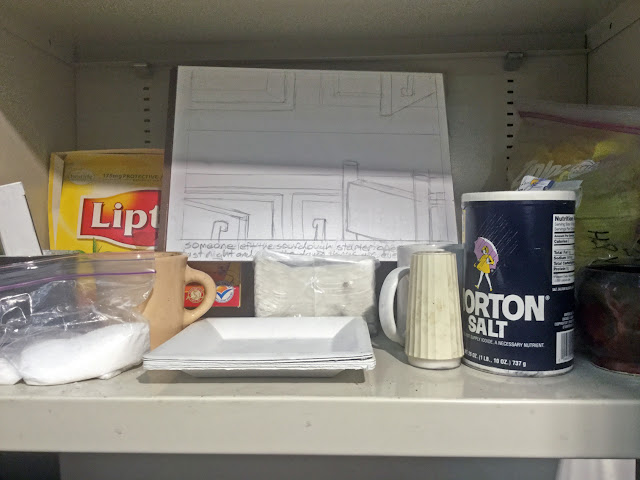 This cartoon also incidentally exemplified the peculiar artistic trait of persevering past your private misgivings and doubts. As in, it took long enough that the inner critic had time to begin its monologue: this is stupid, who the fuck cares, why are you even bothering etc. Maybe that's the psychological aspect of how "art therapy" is supposed to work - the end result validates the struggle. Problem is, doing it daily, even hourly, can be a bit mentally and emotionally exhausting though, and it's debatable as to the ultimate benefits when compared to any number of other routines. You don't see such pole-vaulting over moose turds when making dinner for example, or doing the dishes, or cleaning the litterbox, or vacuuming etc. - all tasks accomplished in-between the various stages of this cartoon. Guess that's the balance.

Lastly, regular reader might remember the doodle for this panel making an appearance in the Artist In Residency for BLM in Eagle recap post way back in January of 2017 - over two years ago. Like some sourdoughs it just takes time for the fermentation to ripen enough for the dough to rise. 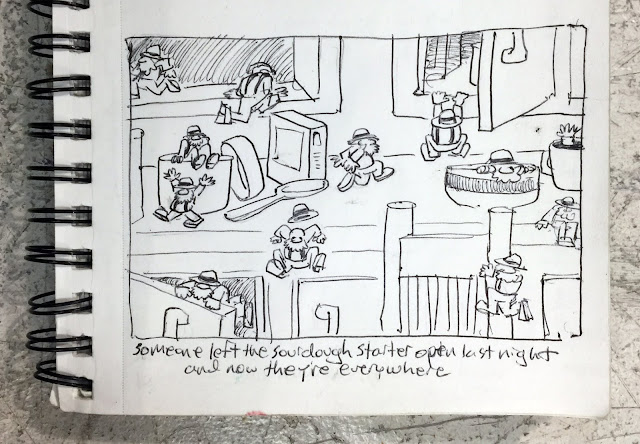